Jeff Mustard’s work has been published nationally in print, radio, television and the stage. He is the co-author/ghostwriter of a Wall Street Journal Best-Selling Book, A Message from Garcia: Yes, You Can Succeed, published by John Wiley. He was head writer of The Best of Wine and Food, a television series hosted by George Hamilton, syndicated nationally on the Food Network, and the writer/producer/ director of Deerfield Days, an award-winning documentary film.

The former President of the South Florida Screenwriters Guild, (not WGA-related), Mustard was the Creator/Executive Producer of the Make-A-Film Competition, a successful event for emerging filmmakers produced in conjunction with Independent Feature Project (IFP)/Miami and IFP/Los Angeles. Early in his career he performed as a stand-up comic, and appeared in television commercials, an HBO Comedy Special, Richard Jeni: Crazy from the Heat, and two made-for-cable movies, Miami Models, and International Tease.

A veteran advertising, marketing, and public relations professional, he has also served in the capacity of Spokesperson Communications Director for businessmen in the private sector, as well as in government, including the gubernatorial and White House level, and a member of the United Nations. 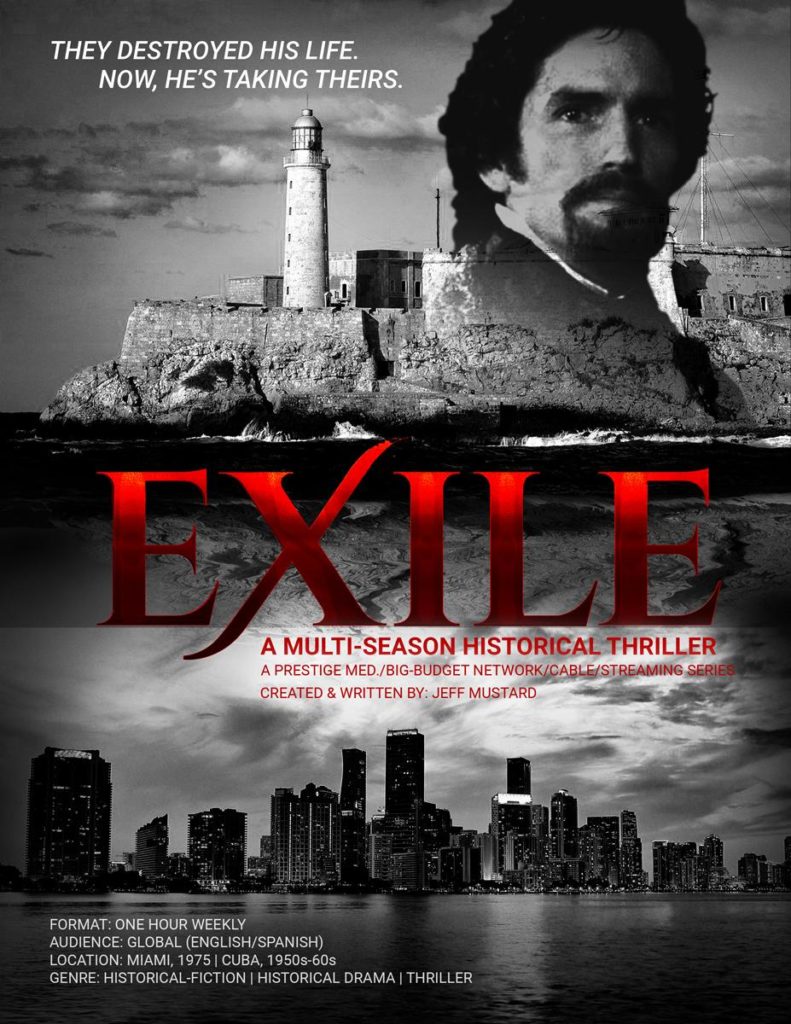 An award-winning pilot script, this prestige multi-season episodic thriller is best described as a “Cuban Count of Monte Cristo.” This sweeping tale tells the two-decades-long story of Antonio Cabrera, a boat mechanic in Fidel Castro’s Cuban navy, who secured his position with the help of Ernest Hemingway, is falsely imprisoned when his naval colleagues lie and conspire against him.  After being framed for murder, and spending 13 years in La Cabana Prison, Antonio escapes to Miami where he plots revenge against the four conspirators who destroyed his life.