After scores of submissions and extensive vetting, six of South Florida’s truly premiere film, television, stage AND vocal/singing talent participated in the six songs written and produced by Jeff Mustard for his Hip-Hop Stage Play production, Boycott, which is an adaptation of his Limited Series, Historical-Fiction | Drama TV show, inspired by the real-life events of the 1902 Kosher Beef Boycott.

Each actor was so strong, and every performance so compelling, the only way to do justice to each of these tremendously-talented individuals was to produce a highlights reel of their work on the material in the recording studio. These clips are significant cut-downs of long-form music videos of each song, except for Too Much Greed and Boycott Beef (NOTE: Jeff Mustard to provide interesting and media-noteworthy explanation for the absence of music videos for these two tracks).

The long-form videos are presently only available to Media via private invitation for viewing. In the meantime, we hope you enjoy the work of each of these gifted professionals and the great contribution each made to the fantastic musical product produced for Boycott: A NYC 1902 Hip-Hop Musical.

Avi was born in 1958 in The Bronx, NY. A child of Holocaust survivors, Avi was taught at an early age to appreciate the beauty and depth of the Jewish culture, literature, music and tradition. By 1969 his family had moved to Israel, and over the next 9 years Avi continued to perform in dozens of Hebrew and English plays, as well as two Israeli television series and a film. As a stage actor he has performed his hit one-man production, the TOO JEWISH? trilogy, and has won multiple awards for his work on Hairspray, Fiddler on the Roof, Superior Donuts, and many more. Avi’s musical performances in the Boycott NYC 1902 Hip-Hop Musical soundtrack include the following: Too Much Greed, Boycott Beef, Baron’s Beware, and Step Aside. 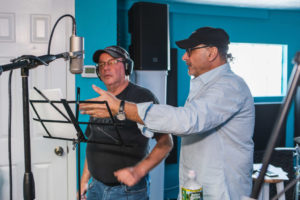 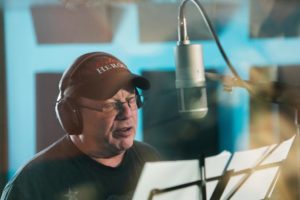 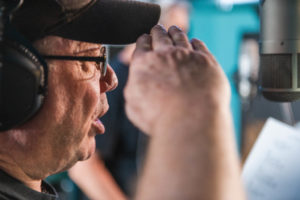 Sandi Stock is a New Jersey native who has been performing since she was a child. She may be best known for her stage performances in Miami Motel Stories, as well as for her work at Palm Beach Dramaworks, MNM Theatre Company, Actors’ Playhouse, the Florida Grand Opera, and more. She is classically trained in dance, acting, and music. Sandi is also a fit-life coach, helping others reach their goals and learn to live a healthy lifestyle. She spends her time off-stage as the Production Manager at Insight for the Blind, creating audio books and magazines for the blind and visually impaired through the Library of Congress, NLS Talking Books program. Sandi’s musical performances in the Boycott NYC 1902 Hip-Hop Musical soundtrack include the following: Step Aside, Fanny’s Fury, and More in Store. 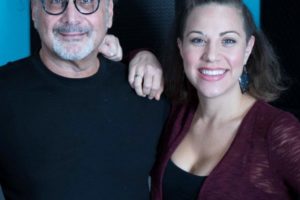 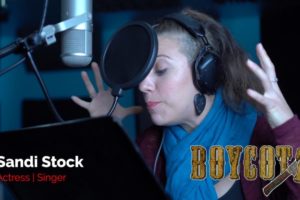 Dave has been seen in many South Florida theater productions – The Legend of Georgia McBride, Why Torture is Wrong…, Talk Radio, November, Of Mice and Men, One Flew Over the Cuckoo’s Nest, Macbeth (as Macbeth), Summer Shorts, Winter Shorts and more. On television and film he’s appeared in Burn Notice, Walker, Texas Ranger, Analyze This, The Truman Show, Bad Boys 2, and many others. Dave recently retired after 50 years in broadcasting, most recently as Creative Services Director at 101.5 LITE FM. Dave’s musical performance in the Boycott NYC 1902 Hip-Hop Musical soundtrack includes a duet with Avi Hoffman for one of the show’s signature soundtracks that reveal fantastic, unknown historical insights, where he plays the role of President Theodore Roosevelt, in a talk/sing exchange with his attorney-general, Philander Knox (played by Avi). 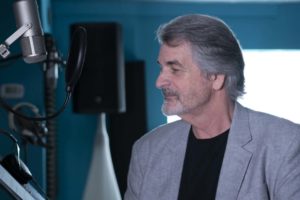 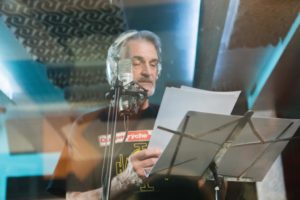 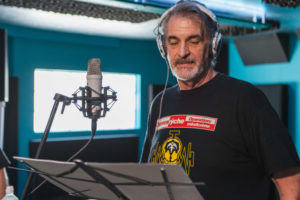 Sabrina’s musical performances in the Boycott NYC 1902 Hip-Hop Musical soundtrack include the following: Fanny’s Fury and More in Store. 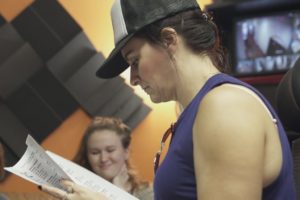 Scouting musical talent for his show, Jeff Mustard was on an aggressive hunt for actors who could sing, but not just sing, rap. Mustard saw Celia Roberts reprise the role of Mrs. Mushkin in the Little Shop of Horrors in a Boca Raton, Florida theater. Despite her young age, he instantly knew Celia had the chops to perform the role he envisioned for the two female ensemble pieces he wrote.  Celia not only employed a Russian/Polish accent in her performance (which is what Mustard, as a bonus also sought) but she had rap skills. Mustard approached Celia at the conclusion of the show and explained the project. A month later Celia was in the studio was three other woman recording tracks. Celia doubled up on various characters, in one instance playing Mrs. Finkelstein, a much older Jewish/German woman in Mustard’s musical track. Celia’s musical performances in the Boycott NYC 1902 Hip-Hop Musical soundtrack include the following: Fanny’s Fury and More in Store. 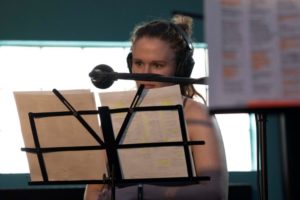 Patti has been seen on most of the South Florida stages for more than 30 years. She has toured nationally with Menopause the Musical since 2001 as well as voiceover work locally. She received the Carbonnel Award for Best Supporting Actress and both the Silver Palm and New Times Best Awards for her regional work in Musicals, Dramas and Comedies. Patti’s musical performances in the Boycott NYC 1902 Hip-Hop Musical soundtrack include the following: Fanny’s Fury and More in Store. 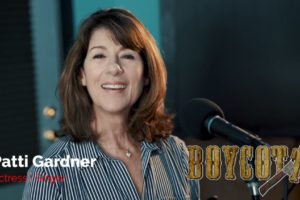