You are on the Page that Reflect Songs Written and Produced by Jeff Mustard for Boycott, the Musical.
The proper title for the Show: “Boycott” A NYC 1902 Hip-Hop Musical – See Album Cover/Poster Below.
These Six Songs Represent Key Story Points Represented in the Musical Stage Version of the show.
Total Running Time for the Six Songs: 61 Minutes

For Clarity – “Boycott” the TV Series, is a Dramatic-Historic Fiction Drama TV Show.
“Boycott” – A NYC 1902 Hip-Hop Musical is in fact a separate, but related project. 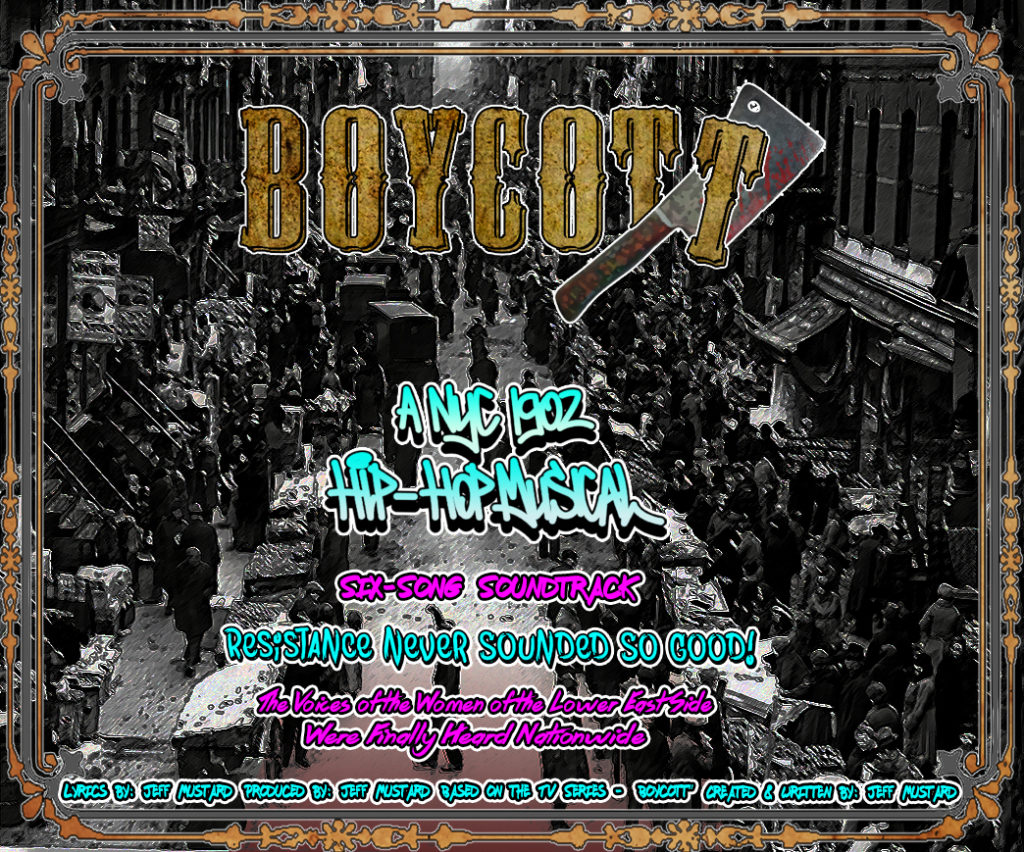 Presently, Teaser Music Snippets have been provided for each song.
The Full Length Tracks can/will be provided via separate discussion with Media and interested parties.

[Below, under each song, is an abbreviated version of liner notes. A more complete version with song development and scene descrsiptions, will be made available to Media and other appropriate and interested parties upon submission request and approval by Producer. See Contact Form on website.]

Below are TEASER MUSIC SNIPPETS – Cut-Down Sample Tracks from the Full-Length Songs Produced for: Boycott – A NYC 1902 Hip-Hop Musical, inspired by the real-life events of the 1902 Kosher Beef Boycott.
We have produced a snippet for each song/track.
We will be releasing additional snippets for each song on this site location, and through Social Media platforms, over time.
Media and Producers can contact Jeff Mustard directly for access to the full length tracks AND LEAD Sheets via website contact form.